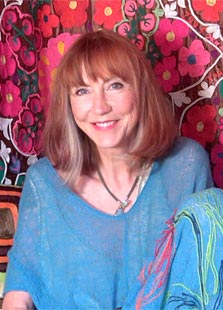 In our days, Anointing is either tied to the liturgical sphere : “The application of sacred oil on a person, to consecrate him to God, to confer on him grace to fight against evil or illness”, or tied to the medical sphere: “A gentle rubbing of the skin with a pomade containing some active principal”, or it is restricted to the relational sphere: “A particular gentleness of gesture and manner of speaking.” So, at the very heart of the meaning of “Anointing” as it is understood today, we find a division between body, soul and spirit;
In this way, when we speak of Anointing, people may easily connect this word to its ecclesiastical connotation, with all that that may convey of the archaic and loaded conventions of the collective unconscious, relating to a disincarnate and sickly mysticism. Or on the other hand the term may remain purely medical. There is a dissociation of meaning between the physicochemical action of Anointing and the same action in the emotional and spiritual sphere.

The Church looks after the Sacred, Medicine looks after the body. Human care being the reflection of people’s consciousness of their relationship to the Divine, there has not always been this dissociation between chemical action and spiritual healing. The use of oils and perfumed oils has always been very widespread. Present in all traditions they tie the human being to his sacred dimension. Thus, from ancient times, therapists, often doctors and priests, cared at the same time for bodies and spirits. The human being was considered as a single whole, in harmony between both earth and heaven.
Ancient medicine joined science and transcendence.

The Egyptians practiced the sacred art of Anointing. Numerous texts and engravings bear witness to this. In the reign of Pharaoh Akhenaton (BC 1372, 1374), Anointing was very widespread, influenced especially by the cult of the single Sun-God, Aton. Akhenaton, madly enamoured of his Father, the Sun, taught the infinite non-judging love of the Great Sun for his earthly children. God became the unique source of radiant Light, available for all. Aton, the Sun-God gave his love and peace to the whole world and to all humans.
We find here the premises of another teaching, in which the notion of love, radiating from an infinite source, neither elitist nor judgemental is something very new for human consciousness. Under Akhenaton, humanity, still immature, was not ready for active participation in this love.

It was not until the birth of Jesus that the possibility of an active relationship with the Divine would see the light. The human being as partner of the Divine. Anointing took on its full sense, tied to the therapeutic art of Jesus-Christ, Mary Magdalene and the early Christians.
(Jesus-Christ), from the Greek “Christos”, means “he who is anointed.”
Jesus, the one who was anointed, began his priestly life by the reading of the prophecy of Isaiah: “The Spirit of the Lord is upon me, because he has consecrated me by Anointing, to bear good news to the poor. He has sent me to proclaim deliverance to captives and to the blind restoration of sight.” (Lk 4, 18,19)

We cannot separate the Anointed from the Anointing. Anointing is therapeutic Christic act.
In this sense that it is a relational vehicle between the Breath of the All-loving and the beings wounded by their original wounding, the illusion of separation.
Anointing is a solar and re-unifying act which reprogrammes our cells with their living and radiant wholeness. Did not Jesus, the Anointed One, tell us: “I am Light and Life.”?
Jesus, the Son of Man , is anointed in his “filiation” as Son of God.
He opened and showed us the Way of Return. A Man who, taking on completely his human condition, becomes able to open himself to his divine and light-filled dimension.
Sanctification of Matter and of Life…

He came down into the darkness of betrayal by men and abandonment by God, a descent into hell necessary for Light to be produced, available to all.
This is the sense of every way of therapy. What is not seen and accepted cannot be transformed. Thus at the crossroads of his personal Cross, the heart of man cries out his original wounding: “Why have you abandoned me?”
In the tomb the Shadow is embraced; it becomes clarity; the stone can be rolled back…
This is the resurrection of the flesh in its divine dimension.
The Man-Christ has taken on all the energies of man, as a bridge between the created and the uncreated; He is the accomplished Man, the new Adam; the Spirit can descend… 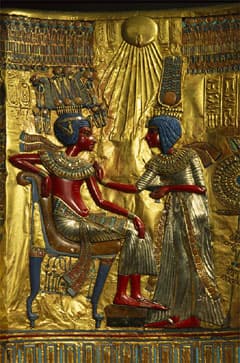 The Son of Man is “Anointed” sacralized, crowned.
From health to Holiness: this is where we are led by recognition, acceptance and transformation of our original wounding.

Mary Magdalene was the first to recognise in Him his dimension of Christ-Anointed, by her Anointing with rare perfumes, in a sensual gesture, tender and carnal, she signifies the incarnation of the Man-Christ, and likewise an action of Anointing which is both physical, relational and spiritual. Her gestures, coming from a heart overflowing with Love, make of the Anointing the key to a healing relationship.

The gift of Love of Mary Magdalene, making sacred the relationship of two people, lead the ordinary and perishable pair along a way that is both transpersonal and extra-ordinarily non-mortal.
Love is a bridge between two river-banks; immortal, it is the essence of reunification.
Mary Magdalene, the first witness of the new-born Christianity, saw the resurrected Jesus through the eyes of her woman’s heart in Love. She had faith in Love.
It is marvellous to realise that we can see exactly the same sense given to Anointing, 1300 years earlier in Egypt. The Solar gesture, reunifying, illustrated admirably on the famous throne of Toutankhamon.

The Anointing of the Sick is a sacrament that Jesus Christ himself instituted. Anointing with Oil is tied to the gift of grace. It is a sign of the New Covenant, a bridge between our human and divine sonships.
Being open to Christ the Healer is the fruit of an act of faith, faith in Life, faith in Love… it is the very opposite of passivity in the face of suffering and sickness; an act of active faith “Your faith has saved you; go in peace and be cured of your ill.” (Mk 5,34)

What appears to be essential in the healings worked by Jesus Christ, is the global approach to the person in his or her oneness of Body, Soul and Spirit, as well as his or her sonship or daughtership, human and divine.Mary Magdalene and the earliest Christians, men and women, practised Anointing in the same therapeutic spirit as that taught by Jesus, all healing passing necessarily through Recognition, the Soothing of the hurts of the Soul and the Bringing back together of the parts hurt and divided by suffering.

The art of Anointing is to develop Oil-preparations and to transmit them by the imposition of hands and by touching, involving at the same time the gift of the Oil and the gift of the Love of the therapist.

This art has been spread in France thanks to Mary Magdalene, the Anointed Woman, herself integrated into the Christic dimension. Diffusing her oil preparations throughout Early Christian France, she left traces in many places, of which the best known is La Sainte Baume, whose name mans the Holy Balm.

The Oils developed by Mary Magdalene were quite complicated preparations of infused plants and perfumed essences; these carnal oils were impregnated with the very essence of the holistic teaching of Jesus Christ.

Up to now, and still all too often, we find the medical sphere on one side and that of the priests on the other; Body and Matter on one side, Spirit on the other. Divided into pieces, the nature of Anointing has lost its original power.

It is time to re-unite what has been divided …

The sickness of the world being division and separateness, I hope to bring back to Anointing its essence, which is that of “RE-UNIFICATION”.

A priest and therapist is any man or woman entering his or her dimension of the Human- Christ. In the image of that Sacred and Sanctified state of being, Anointing can transmit once more the promise of what we can accomplish.